What You Missed at Two Recent CRE Industry Events

I recently attended two events:
The video above is a summary of the TRENDS and CHALLENGES that I heard from tenants, developers, and brokers who are actively transacting business today.
Now, first – if you don’t like watching videos, here is a handy infographic summarizing everything I say in the video! 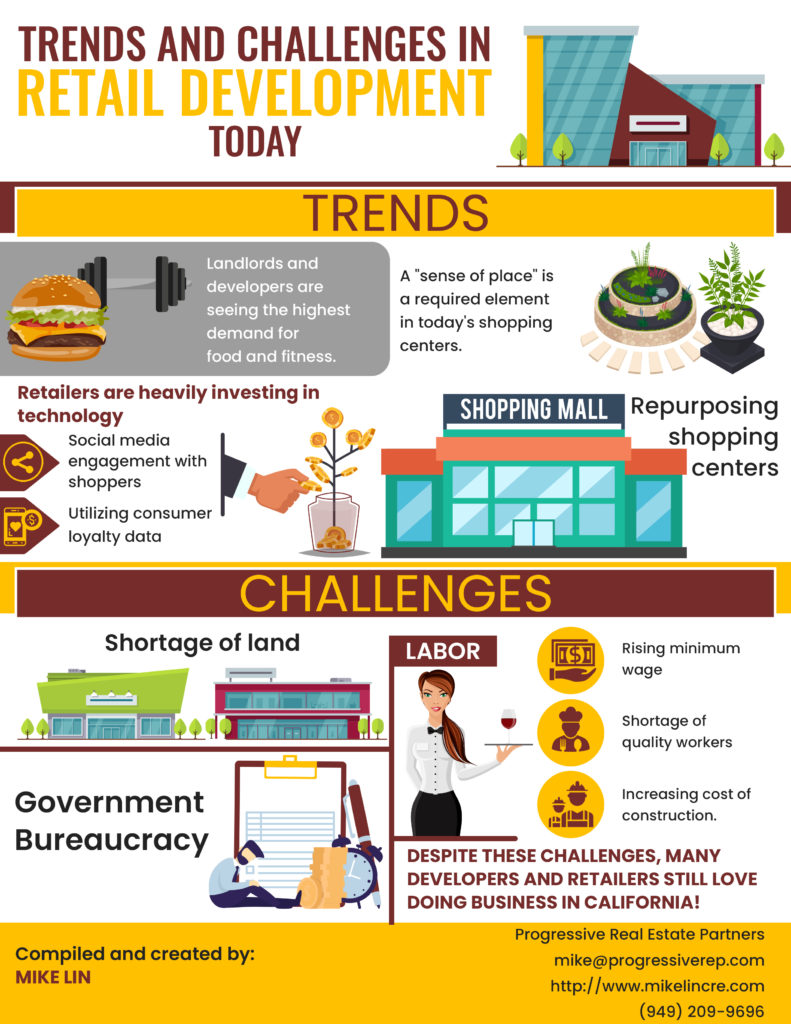 Now let’s talk about the CHALLENGES facing the industry.

In conclusion, everyone on the panel still wants to develop, or open stores in California despite all these challenges to the industry, because the people want to be here.  Sure, the government makes it really hard to stay, but the weather makes the decision a lot easier.
Connect with me here:
LinkedIn: https://www.linkedin.com/in/MikeLinCRE
Twitter: https://twitter.com/MikeLinCRE
Facebook: https://www.facebook.com/MikeLinCRE