Video Index:
0:00 My Memorial Day vacation
0:45 Latest news in California re-opening
1:31 Governor Newsom’s goodwill (trying to save his job?)
2:24 How retailers  and restaurants are bouncing back in 2021
4:34 Good news for California real estate developers
6:17 How Amazon’s grocery stores are doing, plus new Amazon grocery technology

I hope you had a nice Memorial Day weekend.

I went with my family to San Diego to visit Sea World and the zoo, which were both really crowded, and we got stuck in major traffic both ways!  So while I didn’t really enjoy the crowds or the traffic, on the flip side, it was definitely nice to feel like life is getting back to normal. 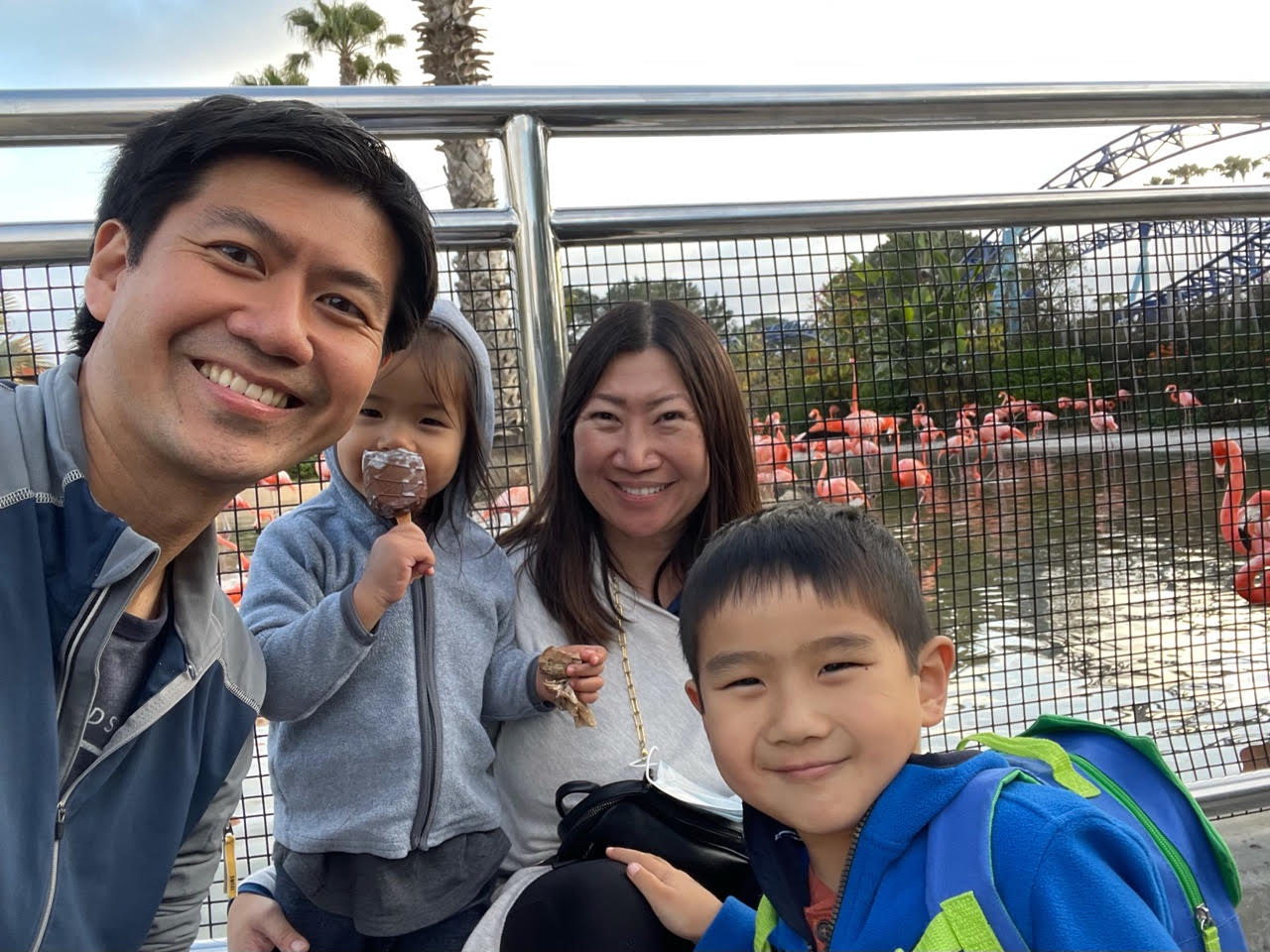 The latest news in California’s reopening

We are moving further and further along with California’s reopening! But what exactly will we see over the next few weeks?

By June 15, California plans to remove all capacity limits and physical distancing requirements.
This means that all establishments such as restaurants, bars, concert venues, grocery stores, salons — everything can open in full capacity.

Will people still be required to wear masks? 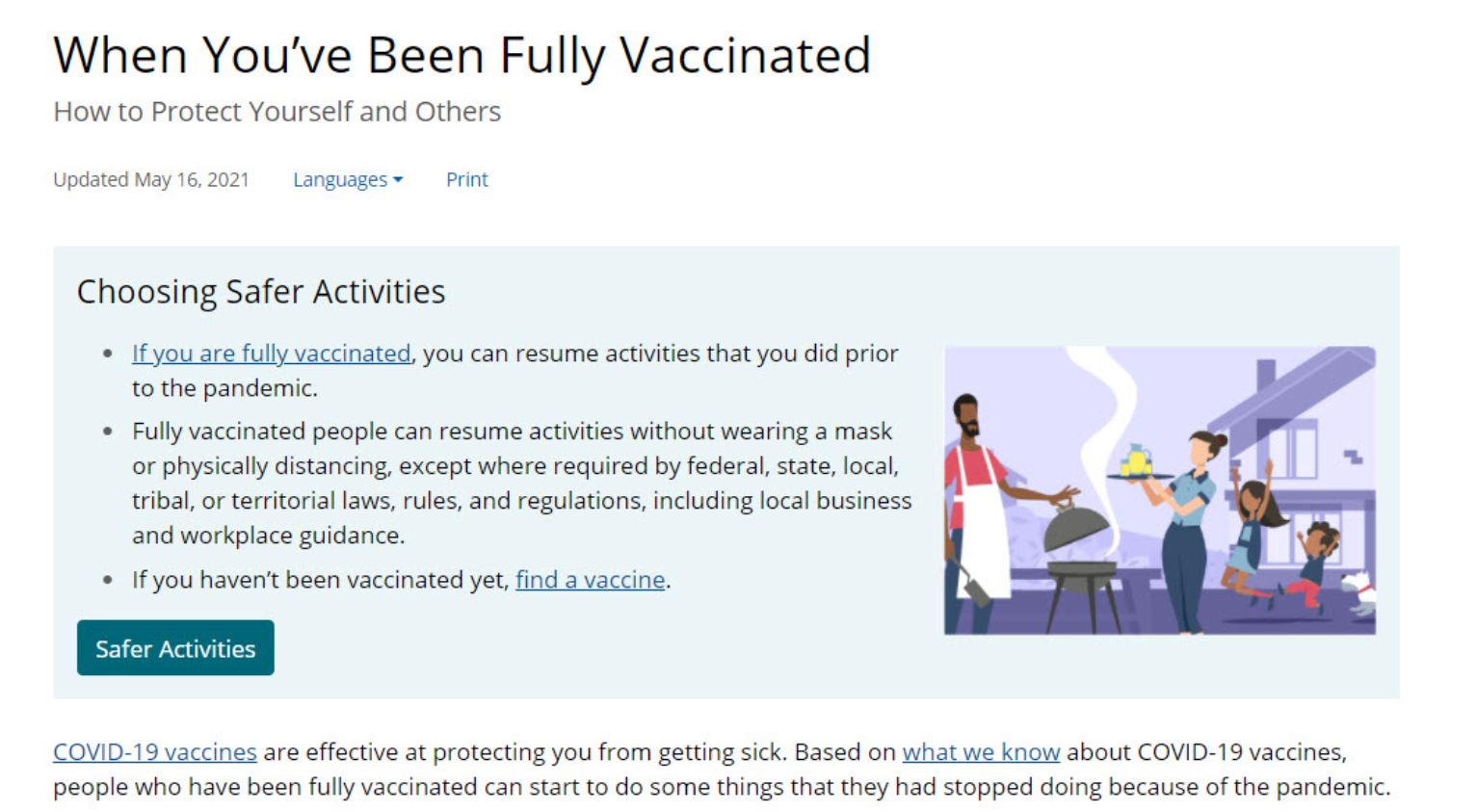 The CDC updated their recommendations for fully vaccinated people on May 16 which says that fully vaccinated individuals do not need to wear masks, except when you are in crowded settings like music festivals and sports events and social gatherings.

However, they still recommend travelers to wear masks on airplanes, trains, and highly populated areas like hospitals and prisons.

Those individuals that are not yet vaccinated, can only take off their masks in public when they’re outside and can maintain 6 feet of distance with others.

As we continue to get vaccinated, we can check CDC’s guidelines from time to time and follow minimum health protocols.

Governor Newsom, who I’m sure is feeling the heat from possibly losing his job, is doing some things to try to help his name and build goodwill with the citizens of the state. 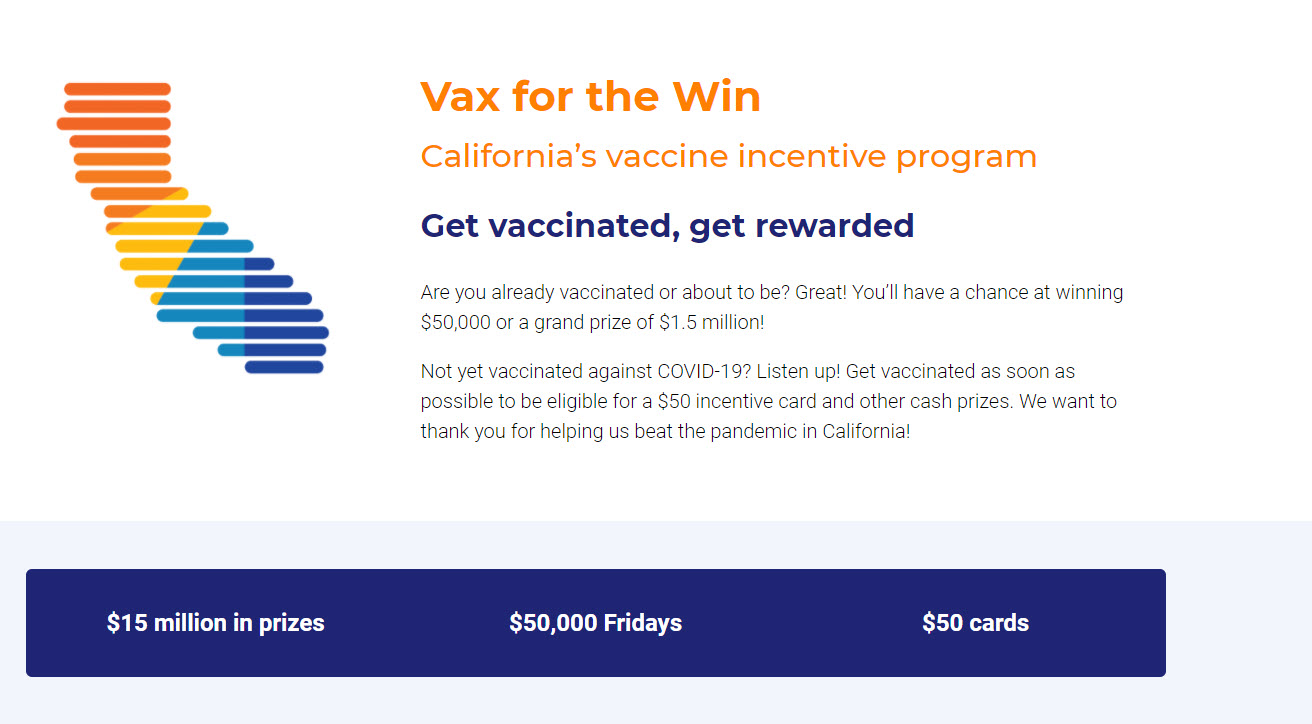 Just last week, he announced a lottery where 10 people who have received COVID vaccines can be eligible to win up to $1.5 million each!
There are also $50,000 cash prizes for 30 vaccinated and $100 million in gift cards to be awarded.
If you received at least one vaccine shot, then you’re eligible to win.
The first winner will be announced on Friday, June 4.

Newsom has also recently signed a real estate bill, the Senate Bill 7 (SB7)  known as Housing and Jobs Expansion and Extensions Act.
This bill aims to restore the California Environmental Quality Act and streamline the process to create affordable housing.  This is a part of the “Building Opportunities for All” housing package of Newsom that helps stimulate development projects and create jobs for Californians.

I don’t know about you but it seems that Newsom’s been doing an awful lot lately to appease the people of California to prevent getting recalled!

How retailers are bouncing back in 2021 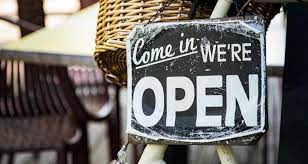 As the economy starts to re-open and pandemic continues to subside, retailers are beginning to notice a positive effect on their bottom line, which of course helps them pay the rent. Rent collections have risen to near pre-pandemic levels and seem to be on an upward trajectory as more consumers return to in-person shopping.

According to a report by Datex Property Solutions, retail rent collections were 89% in April 2021, compared to just 59% in April 2020.

Target is one of the retailers that has been extremely strong recently.  They recently announced a first-quarter net income of $2.1B versus $284MM from a year ago.  I know, we’re comparing to COVID times, but still, 8.6x last year’s profit is pretty impressive.

Other retailers, including Walmart, Home Depot, and Macy’s have also posted strong first-quarter results, too. 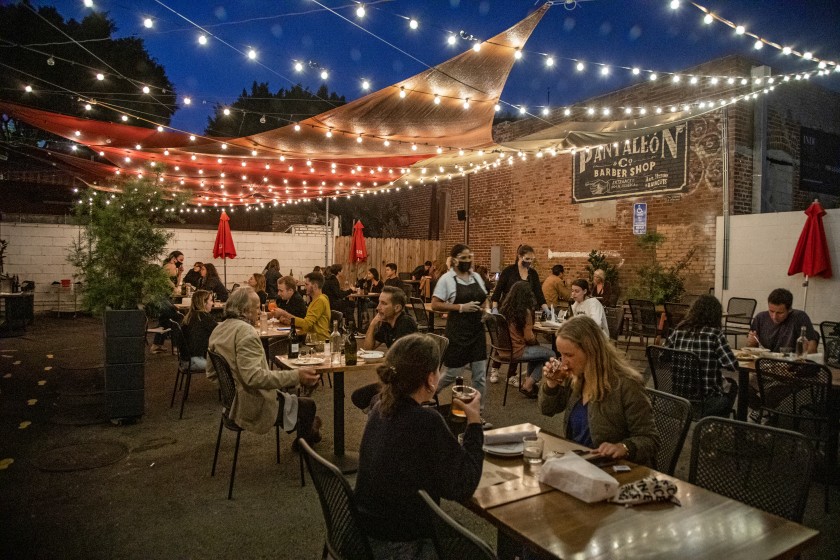 Have you been dining out lately since restaurants have re-opened?

I recently ate inside a restaurant for the first time in a year.  And other than my kids not knowing how to behave in a public restaurant, it was really nice to be eating out again.

According to Zenreach, a marketing research company that measures foot traffic to retailers, restaurants nationwide have enjoyed a 41% increase in people dining in since January first of this year.

The largest restaurant revivals took place here in Southern California, with San Diego area restaurants having an increase of 136% versus last year.

Los Angeles and Orange County restaurants were 124% higher. Doubling their restaurant business were Denver, Chicago, San Bernardino, and Minneapolis, all of which experienced 92% increases.

In other restaurant news, Los Angeles recently took steps to make the outdoor dining program permanent.
Los Angeles Mayor Eric Garcetti’s budget proposal for the next fiscal year includes $2 million to help restaurants in low-income neighborhoods set up permanent outdoor seating areas.
I really enjoyed outdoor dining over the past year and hope that the local Orange County and Inland Empire restaurants will continue to offer more outdoor dining.
After all, we’re fortunate to be in a place where we can dine outdoors for all 12 months of the year.  Why not take advantage of the weather here? 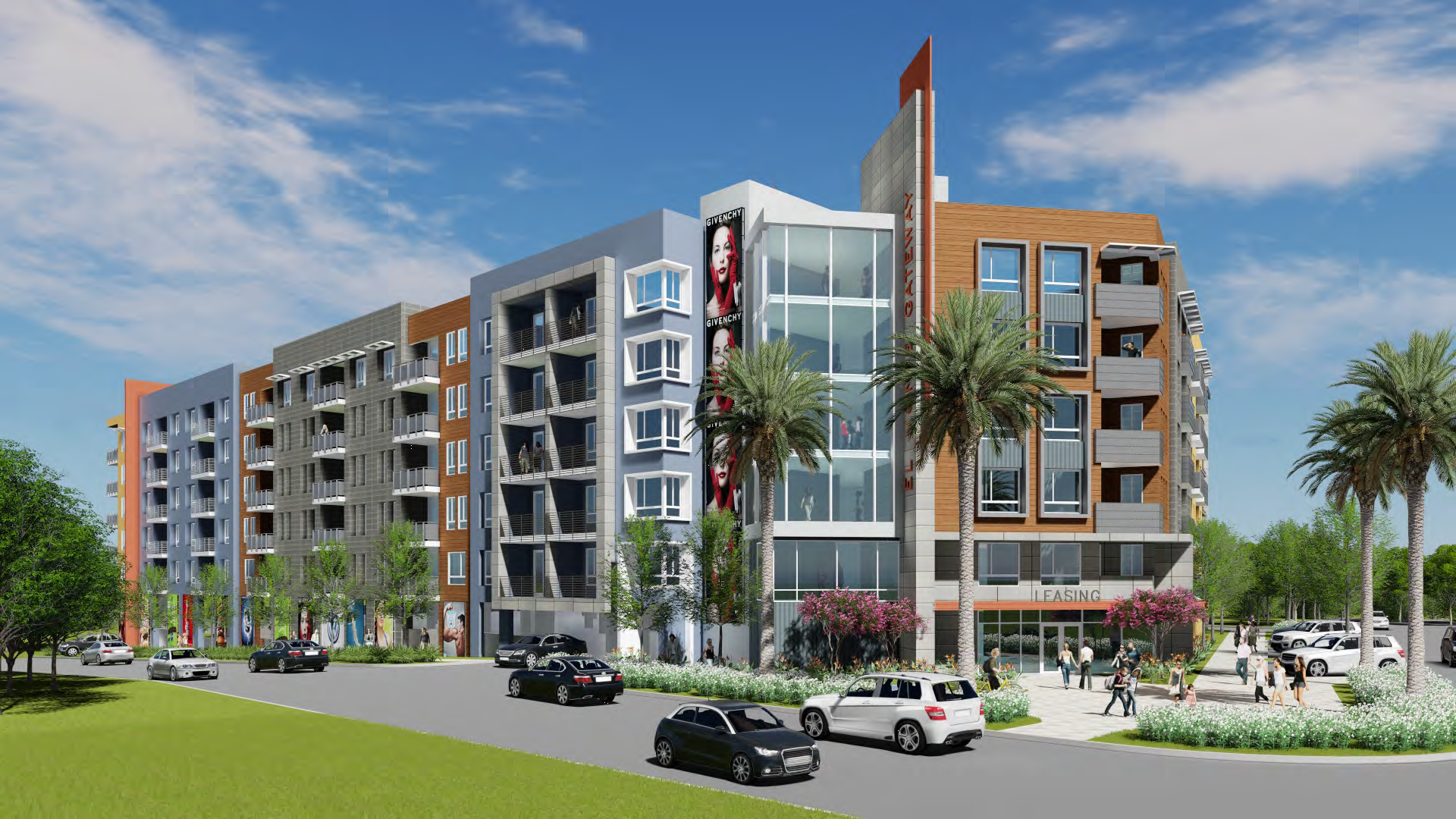 Assembly Bill 1401 is part of a growing effort to address California’s housing shortage and skyrocketing costs that have contributed to many businesses and residents leaving the state.

This bill would prevent cities from imposing or enforcing minimum parking requirements on residential, commercial, or other developments within a half-mile of public transit stops.

So your mixed-use, apartment, or retail development may not be subjected to the same parking ratios that you are used to.   This would allow more units to be built on-site and could make development projects more easily be profitable.

Senate Bill 6, which would allow developers to put housing on commercial sites without a zoning change. The projects would still have to follow other local rules for developments, but it would make it difficult for local governments to block these projects based on zoning. The state Senate approved this bill last week in a 32-2 vote and it is now headed to the state assembly.  If this legislation passes, it will make California the first state to allow multifamily on commercially zoned sites.

And in yet another bill that would help developers, Senate Bill 15 would actually pay cities to incentivize them to allow the conversion of former retail properties to housing.  If that doesn’t get cities motivated to rezone, I don’t know what will.

How Amazon is doing in competing with traditional grocery stores

Amazon’s e-commerce and advertising businesses have been growing, but their physical stores have actually had declining sales, including Whole Foods and Amazon Fresh stores, whose sales were down at 16% in the first quarter.
Amazon now has 15 Amazon Fresh physical grocery stores. 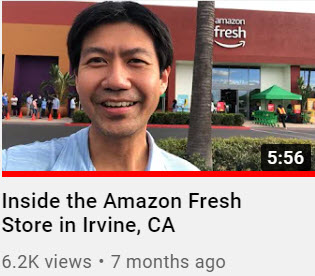 Last year, I made a video of my experience in the Irvine location which has been my top-performing video on Youtube so far.
So this means that the traditional grocers are holding their own against Amazon, which is good news. 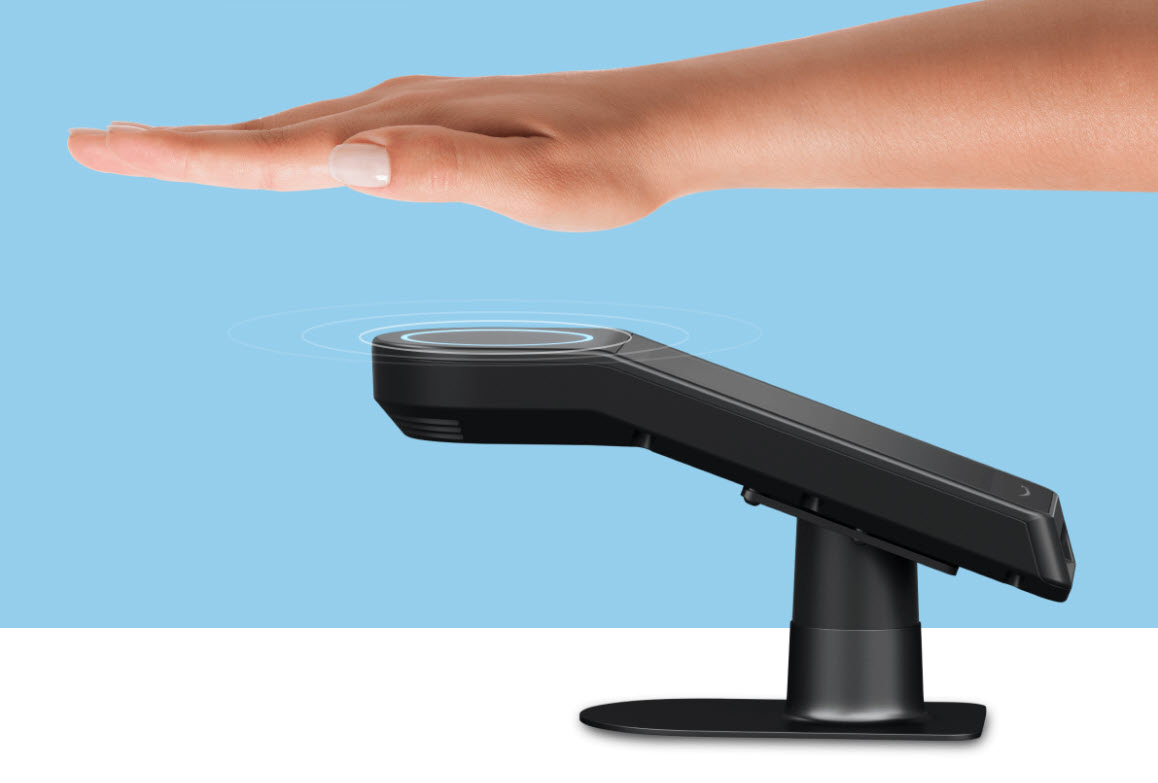 Amazon rolling out a new payment method in its stores called Amazon One, which allows palm scanning.  This debuted at a Whole Foods store in Seattle, and Amazon plans to expand in the coming months.
What are your thoughts on this? Do we need to worry about our data privacy? What are you giving up in exchange for convenience? 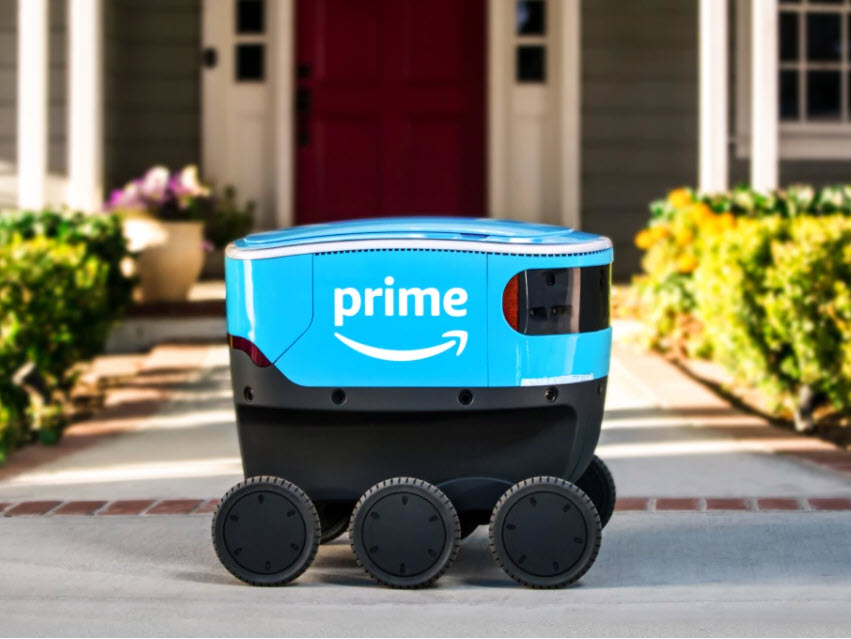 Amazon’s Scout is a self-driving 6-wheeled delivery robot for Amazon’s grocery delivery service.
When Scout arrives at a customer’s home, it can recognize the address and the hatch will automatically open.

Amazon says that this fully automated delivery vehicle will help the company make its call to net-zero carbon monoxide efficiency by the year 2040.

That’s all I’ve got for this week’s newsletter.  Thanks for reading!