0:48 Hair and nail salons can operate outdoors, but schools in CA must open the school year remotely
1:37 Day cares are critical to the economy reopening.  I have two day cares for sale in Arizona – Single Tenant Absolute NNN, 11 years on the lease, 6.2% Cap Rate.
2:01 Baseball is back!  (With some modifications)
2:43 Amazon’s Dash Cart will allow you to buy groceries without a cashier
3:27 Walmart Drive-in theaters
3:53 Floating Boat-in theaters coming to Los Angeles in September
4:17 Over 20% of IE homeowners with a mortgage are skipping payments
6:06 Commercial loans will be down 60% this year

Would you let a robot cut your hair?  Shane Wighton would.  Not only that, but he actually built the robot himself.  And it cuts with scissors!  Check out this video of him and his hair cutting robot.  Watch (or skip) to the end so you can see the final result.  Is the robot as good as a real barber?  Spoiler alert – it’s not. 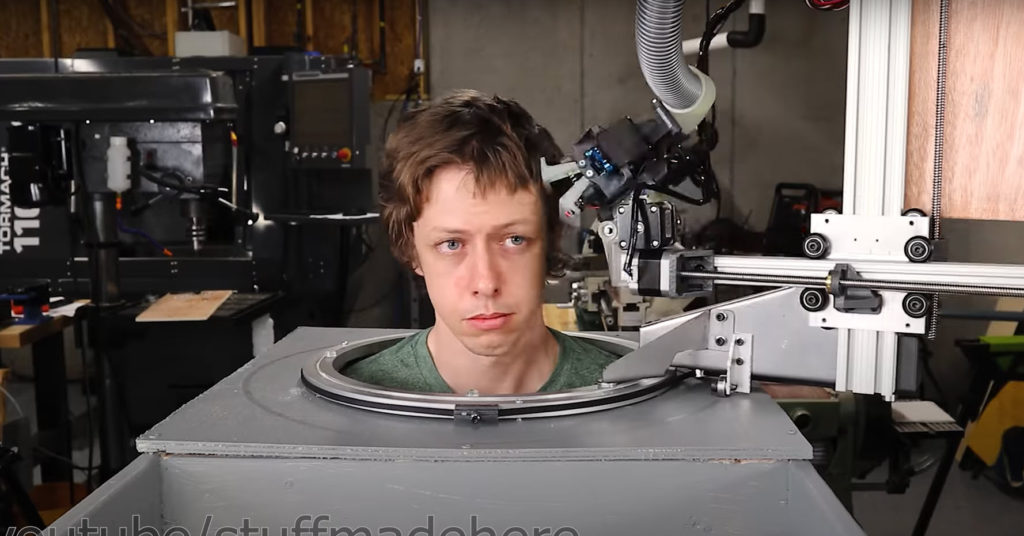 Nail and Hair Salons in California Can Operate Outdoors

On Monday, the governor announced a change in the rules regarding beauty services.  Hair salons and nail salons will be allowed to operate outdoors.  So the guy who built the robot to cut his hair could get a haircut outside.  This can sometimes be complicated because of the chemicals involved in some beauty services.  But I think it is a welcome change to these businesses, which actually sued the governor back in May when they were forced to close the first time.

Schools in California are Required to Start the School Year Remotely

Schools that are located in counties on the California’s watch list will be required to start the year with remote learning.  These counties include Los Angles, Orange, Riverside and San Bernardino Counties. This reverses the original rule that let school districts to decide if they wanted to operate in person or remotely.  So unfortunately for working parents, this means more working slash homeschooling slash babysitting your kids at home.  Schools and day cares opening are critical to our country getting back to work and our economy opening in full!

On the topic of day cares, I have two single tenant day care properties for sale in the Phoenix metro area, leased to Sunrise Preschools.  These are absolute net leases with 11 years left on the term.  The tenant on the lease is a corporation with over 250 locations nationwide.  Contact me if you are interested in learning more. 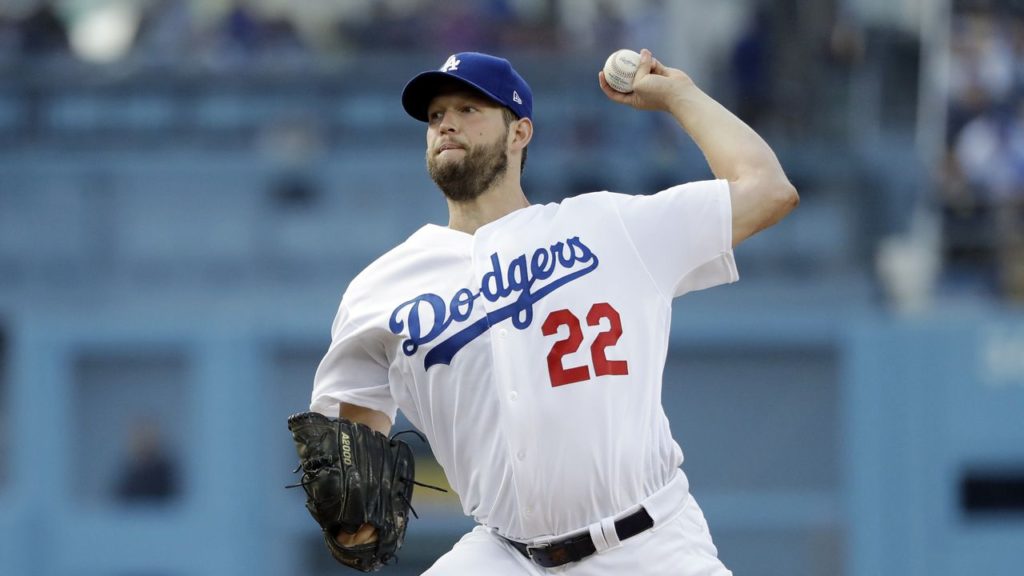 Opening day is tomorrow, July 23!  But the season will have some changes.  Each team will play 60 games, as compared to a regular 162 game season.  The games will be played with no fans in the stands.  There will also be a few rule changes.  Both the National league and the American league will use a designated hitter, and during extra innings, players will have a runner on second base to start the inning.  So let’s cheer on the Dodgers, Angels, or in my case, the New York Mets. 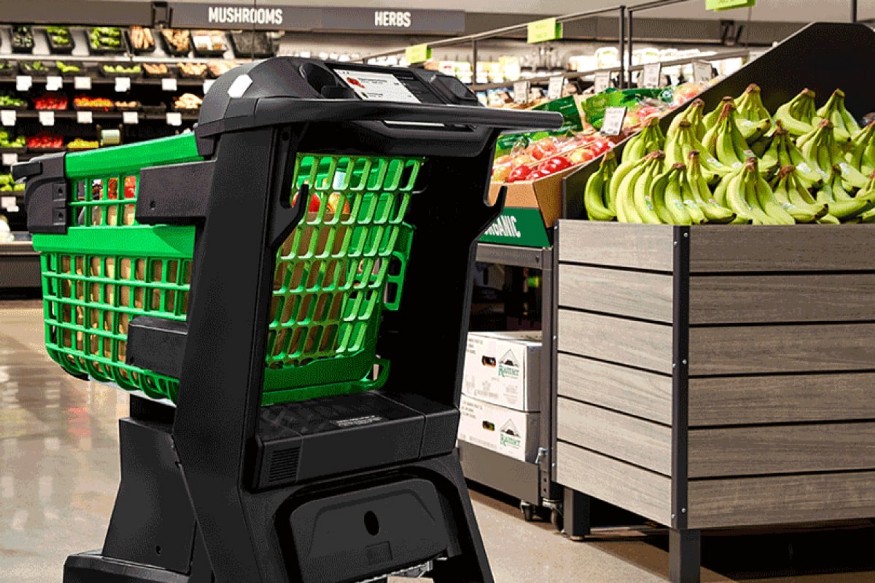 One of the frustrations of grocery shopping nowadays is the one long queue for the cashier where everyone has to stand 6 feet apart.  This can lead to some pretty long lines that wrap around the store.  Amazon seems to be trying to put an end to that with a high tech shopping cart.
Amazon’s Dash Cart is a shopping cart that will know what you’ve put into it and will allow you to walk out of the store without visiting a cashier.  Your Amazon account will automatically be charged.
These carts will make their appearance in the first Amazon grocery store, which will be in Woodland Hills opening later this year.  The second one is rumored to be in Irvine, in a former Babies R Us where I used to shop for my kids’ clothes.

Walmart recently announced that in early August, it will be opening up drive-in movie theaters in 160 of its store parking lots.  They join places like the Ontario Airport and Pasadena Rose Bowl in offering a pop up movie experience, since, of course, movie theaters are all closed.  Here is a list of all of the temporary and permanent drive-in theaters in Southern California.  For more information about Walmart’s drive-ins, go to www.walmartdrive-in.com.

Australian company Beyond Cinema is bringing floating cinemas to the US to several cities including Los Angeles.  On September 2nd, for one week only, you can reserve a boat to watch a movie on the water.  I wonder if they’ll be showing Jaws or Titanic.  Check out this web site to be notified when tickets go on sale.

A census bureau poll reports that in the home mortgage market, as of July 7, 10% of LA and Orange county homeowners with a mortgage say they skipped or deferred last month’s house payment.  But this is better than the 12% at the end of April.  In the Inland Empire, 22% said they were late versus 14% in April.  So while things are getting slightly better in LA and OC, they are getting worse in the IE.

And the trend will likely continue: 9% of LA and OC borrowers, and 21% of IE borrowers said they would have no confidence they can make their next mortgage payment. This certainly spells trouble ahead.

The entire country, particularly those who are unemployed and lower earners, is waiting on the federal government’s next stimulus package that will help them make their next rent or mortgage payments. 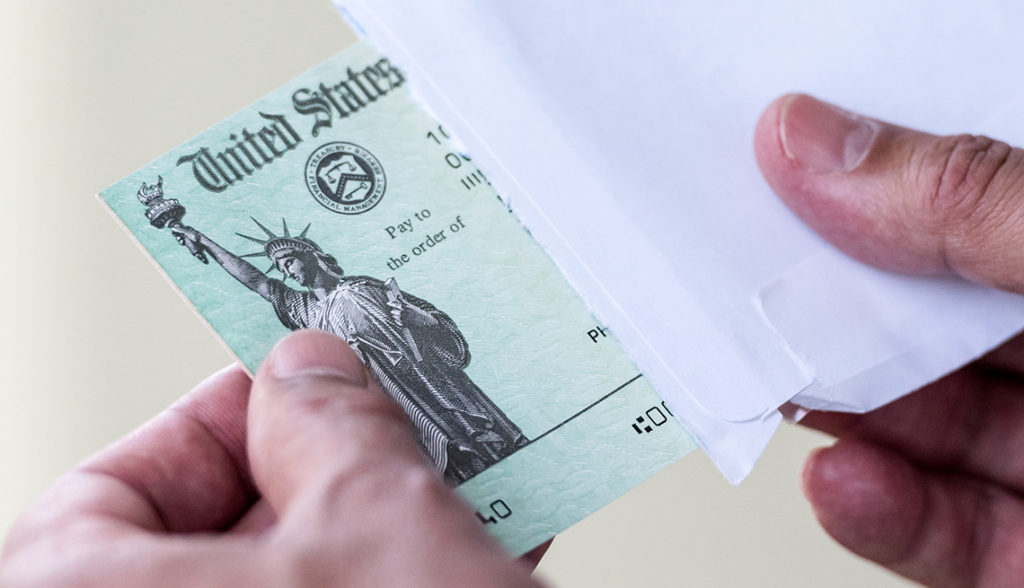 And speaking of the next stimulus payment, I realize that it has been over two months since I mentioned the HEROES Act, which would be another round of stimulus.   The next stimulus bill is still being debated between the Democrats and the Republicans.  The debate is over things like the size of the stimulus, who will qualify.  Democrats want to offer $3 trillion dollars of relief and the Republicans want to limit it to $1 trillion.  The latest news is that congress, which was on recess until this past Monday, will be working to negotiate and finalize the details of the next stimulus before they go back on recess in three weeks

Even if you aren’t going to qualify for it, it’s likely that your tenants will, and that could affect the amount of rent you collect.

Commercial Loans Expected to Drop by 60%

The Mortgage Bankers Association, which is the governing body for mortgage brokers nationwide, released their forecast this week of what will happen with commercial loans in the coming years.  They expect loan originations to drop significantly this year before making a sharp, partial rebound in 2021.  They expect that for the year, commercial, including multifamily loans, will end up down 60% versus last year.
They further break down their predictions by product type.  It’s not surprise that hotel and retail properties are the hardest hit, so they do expect the loans for those types to decrease more than the other product types.  As a reference point, here is a chart of the different property types and what percentage of loans they make up in 2019. 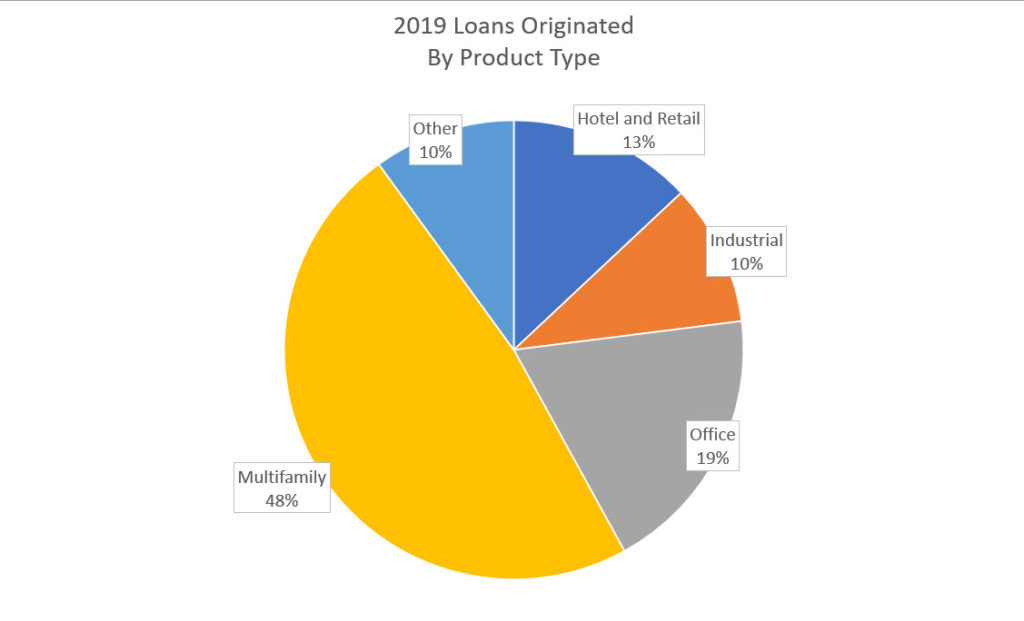 They reference data from Real Capital Analytics, that shows that May sales volumes were down 80% versus last year, and year to date as of May was down 21% versus 2019.

That’s all I’ve got.  I hope you learned something today.  I’ll see you next week.