Recently named California’s most prosperous city by RENTCafe, Fontana has celebrated its residents and businesses for contributions made to the livelihood of the city throughout 2018. The city is showing no signs of slowing progress, with a great deal of development already planned for 2019. 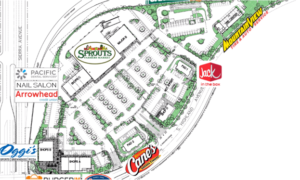 Highland Village Now Open: A new 70,000 square foot neighborhood center called Highland Village has been developed at the southeast corner of Sierra Ave and the 210 freeway. Sprouts Farmers Market anchors the center. Other tenants at the center include Oggi’s Restaurant, Burgerim, Jersey Mike’s, Café Rio and Raising Canes. Among the restaurants, a dental office, nail salon and credit union also will be at the center. Mazda, Hyundai Coming to Fontana in 2019: The developer/owner of Fontana Mazda and Hyundai is planning a new pair of dealerships within the existing Auto Center, one on each side of the existing auto center, between Citrus Ave and Sierra Ave. Staff from the Planning Department have granted the owner a temporary facility at Citrus and Highland for Fontana Mazda. Plans have been submitted for the permanent dealerships, and completion of the Fontana Mazda and Hyundai is expected by the end of 2019.

New Movie Theater, With Extras: A proposal has been submitted to the city to develop a movie theater with an array of entertainment options. The location is on city-owned land, at the northwest corner of Citrus Avenue and South Highland Avenue. Plans are being processed by Studio Movie Grill, and are to include a full-service, in-theater experience. While no exact date has been released, the developer is scheduled to break ground this year, with the theater scheduled to open by summer of 2019. The development will also include a variety of other amenities and services, including multiple restaurants, a venue for live entertainment and an outdoor movie screen. Proposed Multifamily Apartments: The Housing Authority has been negotiating a development agreement to produce a 60-unit affordable apartment community. The community is to be located on the southwest corner of Sierra Avenue and Ramona Avenue, and plans have been submitted to the Housing Authority for review. The developer plans for construction to commence in December and will be utilizing both state and federal tax credits. Towne Place Suites: Fontana will be working to accommodate more business professionals soon with the construction of a Towne Place Suites by Marriott. The hotel will feature spacious, business-class rooms, pet friendly rooms, full-kitchens, workspaces, and a variety of other amenities. Towne Place Suites is scheduled to open in 2020. 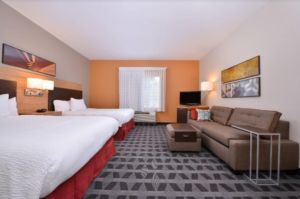 South Fontana Sports Park: The city has recently dedicated the land for construction of a new sports park. This 18-acre park will include four synthetic turf football/soccer fields, sports lighting for night use, an ADA accessible playground, concessions, storage, restrooms, and a walking path. Construction for this park is expected to be completed in 2020. 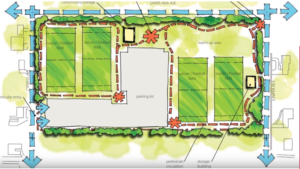 Central City Park: Scheduled to begin construction in early 2019, Fontana has been planning a new sports facility known as “Central City Park”. The quality and size of the facility is projected to be comparable to that of the Ralph M. Lewis Sports Complex. Included within the facility will be one synthetic turf soccer field, two football fields, night lighting, horseshoe pits, an ADA accessible playground, and a 0.75-acre community garden. 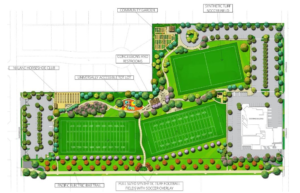