A few months ago, I made a video about Kevin Paffrath, a real estate investor and financial educator who was throwing his hat in the ring and running for governor.  As of today, he is the #2 candidate, and the leading Democrat to replace Newsom if Newsom is recalled. 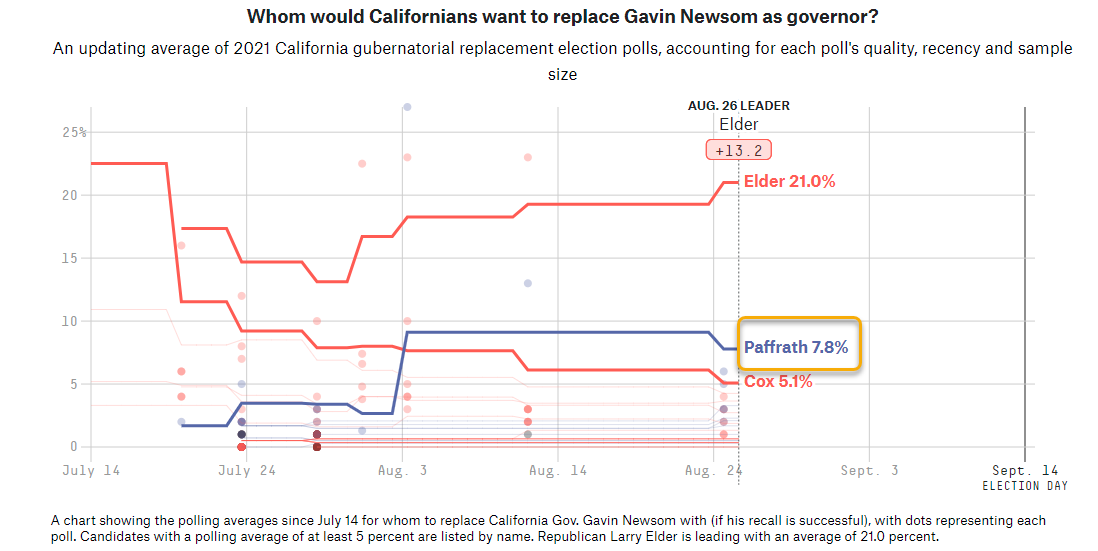 Among the many things I like about Kevin Paffrath, is that he has moderate, common sense political views.  The only reason he’s running as a Democrat is because he knows that it would be difficult for a Republican governor to get anything done in California due to the legislature being over 70% democrats, and could veto any bills that a Republican governor wants to put into law.  Kevin has a very detailed plan to tackle the state’s biggest issues such as homelessness, housing, and taxes.

And he is very transparent. The guy even makes videos detailing how much money he makes.  None of us really knows where our tax dollars go but I have a feeling that a lot of it is being mismanaged and going to waste.  I think everyone would agree that more  transparency in government would be a good thing.

So ask yourself if you think that California is a better place now than it was 10 years ago.  If you think things are improving, then OK, we’ll keep the same government.  But if you think we need to turn things around and want a better California for your future and your kids’ futures, then think about voting yes on the recall, and consider voting for Kevin Paffrath for Governor. 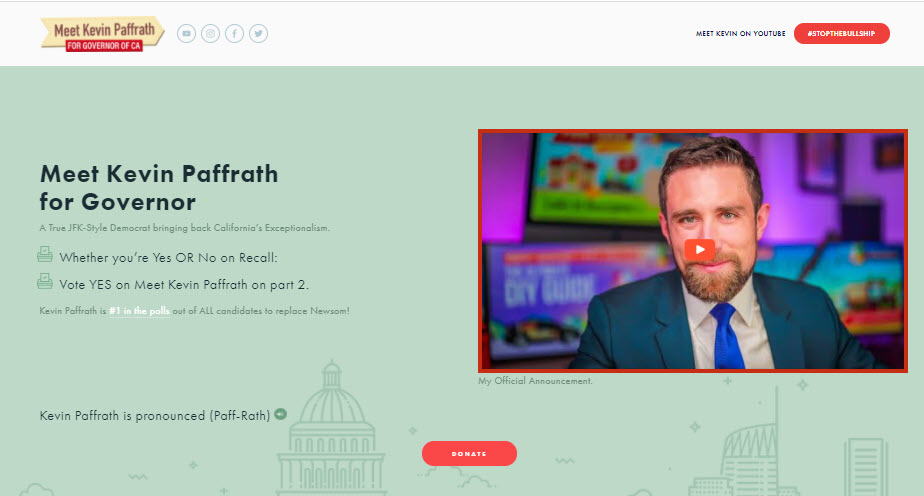 Will you soon need a vaccine card to dine in Southern California? 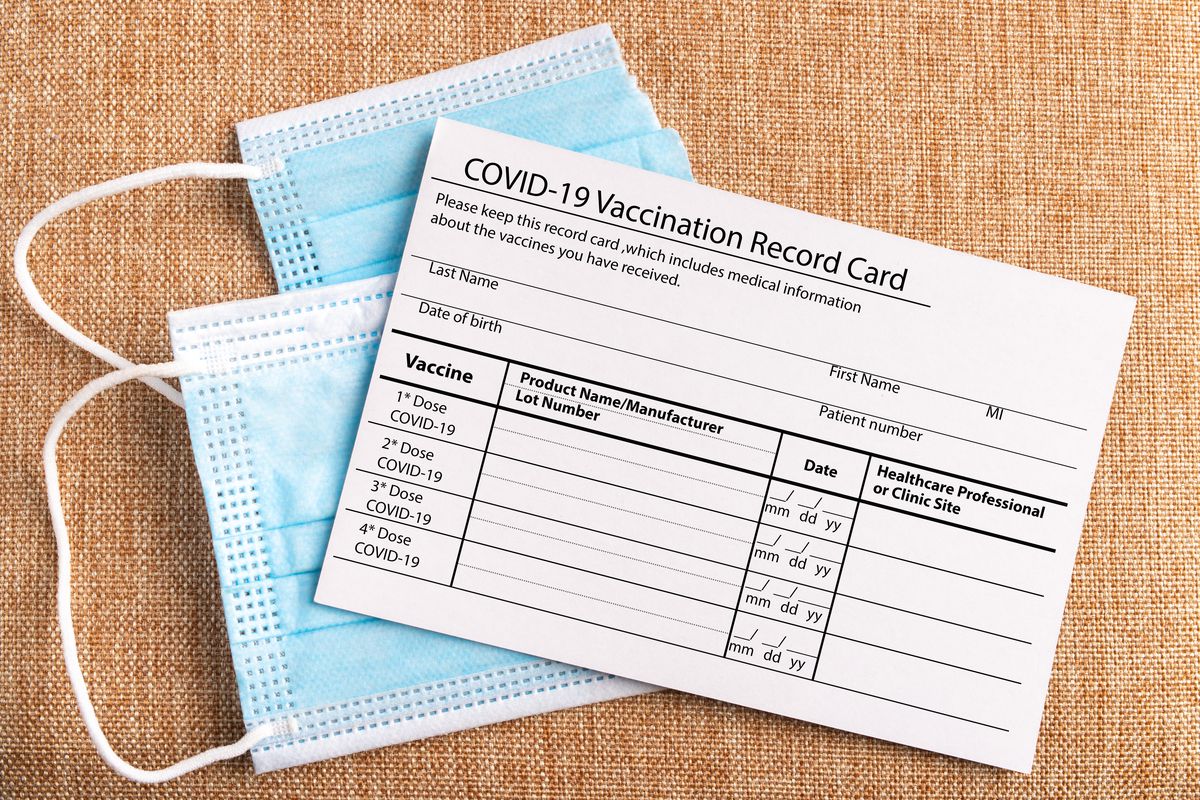 I just got back from a short trip to San Francisco, where masks are required indoors, and many restaurants in northern California are actually checking vaccine cards to allow you to dine indoors. I got carded at least twice while I was there!  They do accept a photo of your vaccine card, so you don’t need to actually carry the physical card around with you.  So go and take a picture of it and store it on your phone, if you haven’t already, because retailers in Southern California may be doing the same soon. 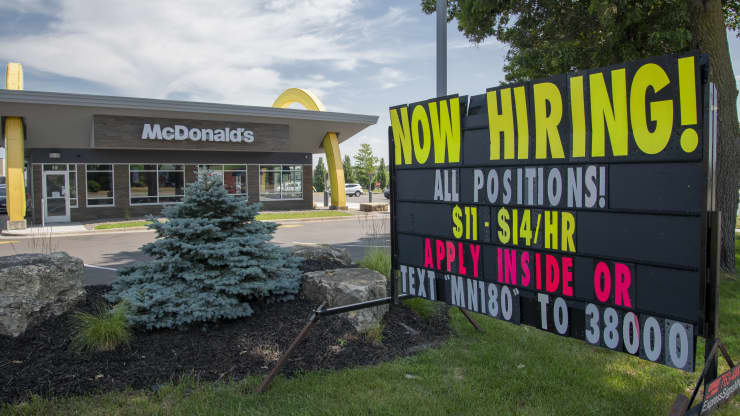 If you’ve seen some of my recent videos, You’ll know that I’ve been talking a lot about the labor shortage, and how retailers and restaurants are struggling to hire enough employees.

As a result, they’re offering all kinds of incentives, start up bonuses, and higher pay in order to attract workers.  And now, the effects of the labor shortage are showing up in the data.  A report by research firm Black Box Intelligence indicates that fast food restaurant hourly wages climbed 10% as of the end of the 2nd quarter as compared to last year.  This is the largest jump in several years.

Why don’t people want to work in restaurants?  Layoffs and furloughs last year left a bad taste in many employees’ mouths.  And others are staying home due to lack of access to child care or health concerns related to COVID. Plus, many are still collecting unemployment.
I’ll be curious to see what happens as nationwide unemployment benefits come to an end, and those who aren’t working will realize that they have bills to pay.

Last week I reported that Department stores are one of the segments that are suffering most in the retail sector.  And that should be no surprise.  But there’s a new player in town that is planning to open department stores.  Yep, you guessed it.  Amazon.

Amazon is reportedly planning to open department stores in California and Ohio that will be about 30,000 square feet, which is smaller than a traditional department store.  That’s more the size of a supermarket.  It’s believed that their stores will be in neighborhood shopping centers, rather than in malls.

In the past year, Amazon has opened 8 grocery stores under the Amazon Fresh brand in LA and Orange Counties.  They also have reach through their Amazon Book stores, 4-star stores, as well as Whole Foods and Kohls.  So these new department stores are another way for Amazon to get closer to the customer for convenience, and are another sign of Amazon creeping to take over retail.

Toys R Us is back, and teaming up with Macy’s 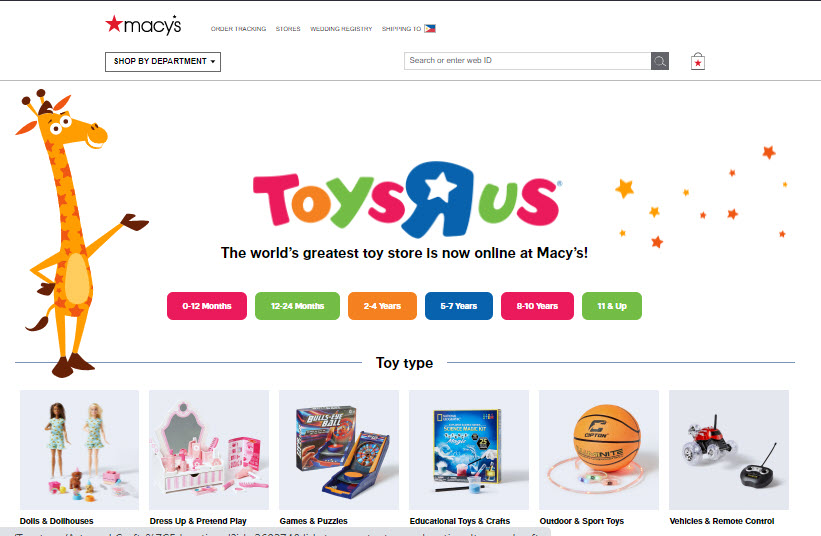 When I was young, I was definitely a Toys R Us Kid.  Toys R Us and Kay Bee were my favorite stores.  So it was a sad day in 2017 when Toys R Us closed down all their stores.  But guess what.  They’re back!Toys R Us will be partnering with Macy’s to open up toy stores in more than 400 Macy’s locations, and online starting in 2022.  They’ve already got a web site set up.

I’ve really enjoyed in-person shopping over the past few months, after being cooped up at home for a year due to COVID. Browsing for toys for my kids and their friends is actually something I much prefer to do in person rather than online.  So I’m definitely looking forward to going back to check out the new format Toys R Us next year. 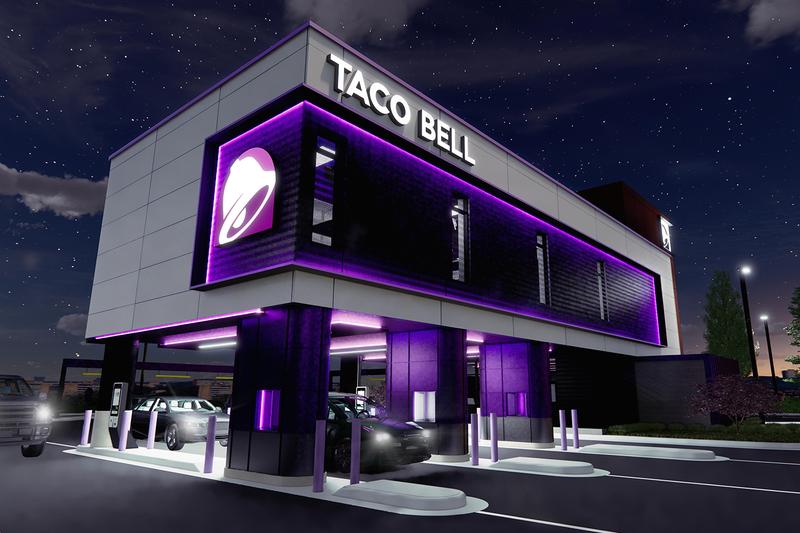 Last September, Burger King made waves with what they called their “restaurant of the future” which featured a triple drive thru, food lockers and pickup counters.Well, Taco Bell just upped the ante with their own version of the drive thru of the future, and theirs has four lanes!
They call this the Taco Bell Defy concept restaurant, and the first one is opening in Brooklyn Park, Minnesota in April 2022.Three of the four lanes will be dedicated for mobile pickup or delivery orders. Customers will scan a QR code and a lift system will bring the food down to the customer.And what’s interesting is that what you won’t see in this new concept is a place where you can sit and eat.So you’ve got Burger King with a 3 lane drive thru, and Taco Bell with a 4-land drive thru.  You know what should be next?  In-n-Out and Chick Fil A should make the quintuple drive thru to cut down on the huge lines!Thank you for reading!  I hope you have a great week.